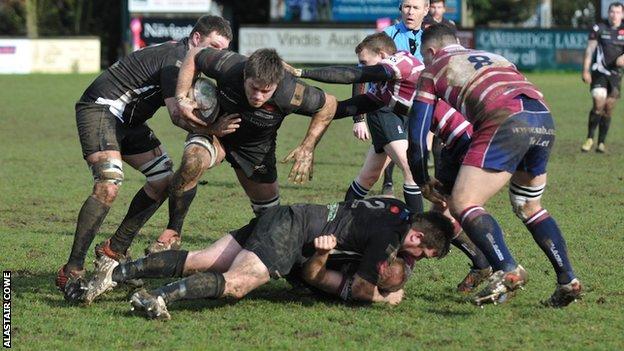 Launceston deserved a bonus point from their 10-0 loss at Canterbury, according to boss boss Cliff Rainford.

Wim Baars' first-half try and Juan Delval's second-half score separated the two sides as the Cornish All Blacks stayed sixth in the division.

"Had we got across the try line in the last five minutes, a losing bonus point would have been a fair result," Rainford told BBC Radio Cornwall.

"We had a good spell in the last 20 minutes and were unlucky not to score."

He added: "It was a very hard-fought game, close and tight, and I felt that any time in the last 20 minutes we could have stolen the game."