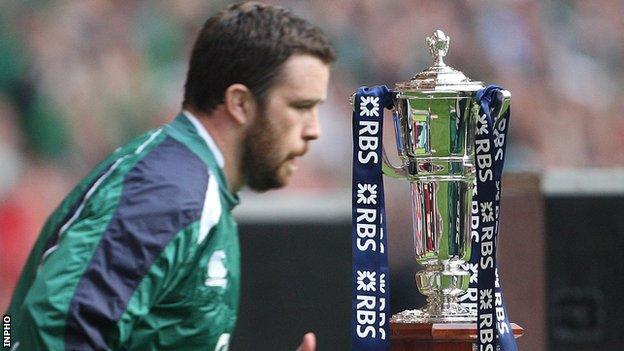 Munster's most-capped forward Marcus Horan is retiring from professional rugby at the end of the season.

Horan won 67 caps for Ireland and was the starting loose-head in the 2009 Grand Slam-winning team.

Horan played 224 matches in a Munster career which started in the old interprovincial series against Leinster in 1999.

"It was the right decision for me and my family," said the 35-year-old.

"I have had a great career, enjoyed every minute of it, and I am proud of what I have achieved.

"To that end, I would like to thank all those involved for helping me along the way, be it at club provincial or international level."