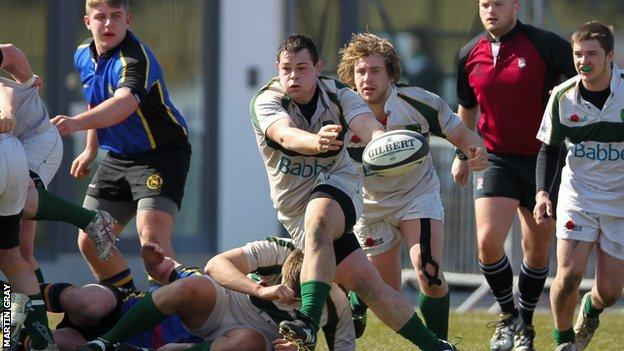 The Sarnians had 14 players out for their final away game of the season.

"If you looked at the two teams that were picked you'd have put 70 points between them," Reynolds told BBC Radio Guernsey after the defeat.

"So to come out losing by 27 and have a lot of possession and defend as well as we did was good credit to the guys."

Guernsey have one final league fixture, at home to Staines next Saturday, as they consolidate their second season in the fifth tier of English rugby, before facing Jersey in the Siam Cup.

"I think we've got a lot of positives to take out of it," Reynolds said.

"I thought we played really well as a lot of the guys haven't had first team experience this year and they had the opportunity to step up and they did that.

"I don't think we can really be too negative towards them.

"Some of them are playing at a level that they've never played at before, National Three's just four off the Premiership so it's a hard task.

"To be competing and be eighth in the table this year is something that's been great for us.

"Hopefully for next year we can build the squad a lot larger and go forward."