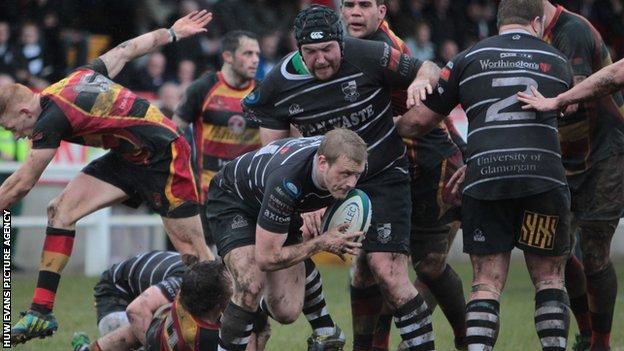 Neath beat Aberavon 27-22 in their Swalec Cup semi-final to earn a final against Pontypridd at the Millennium Stadium on Saturday, 4 May.

Pontypridd reached their third successive final with an 18-16 win over Carmarthen Quins at Aberavon.