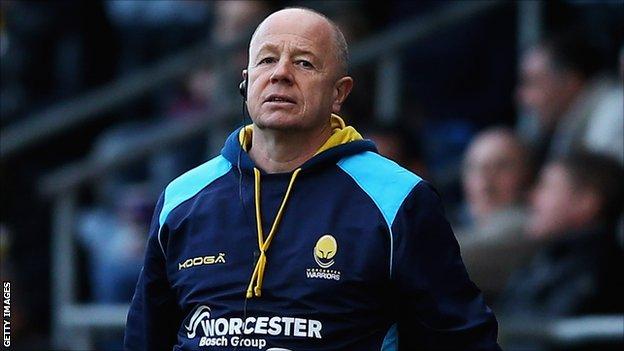 Worcester are describing reports that head coach Richard Hill has parted company with the club as "speculation".

The Worcester News claim Hill has already left, but a Warriors spokesman said: "At the moment, it's just speculation.

"If anything was to change it will be on our website straight away."

Former England scrum-half Hill, who spent six years in charge of Bristol before leaving in February 2009, led Worcester to promotion from the Championship in his first season in charge.

His side have since avoided relegation for the last two seasons, guaranteeing top-flight rugby for 2013-14.

But, after rebuilding his backroom team last summer, the improved results Worcester were looking for have not materialised and they have once again missed out on the end-of-season play-offs and a place in the Heineken Cup.

Former England forward Dean Ryan, part of Scotland's coaching team under Scott Johnson during this year's Six Nations, has already been tipped as the next contender to take over at Sixways.

The 46-year-old ex-Gloucester coach was also in the running when Hill got the job in May 2010,