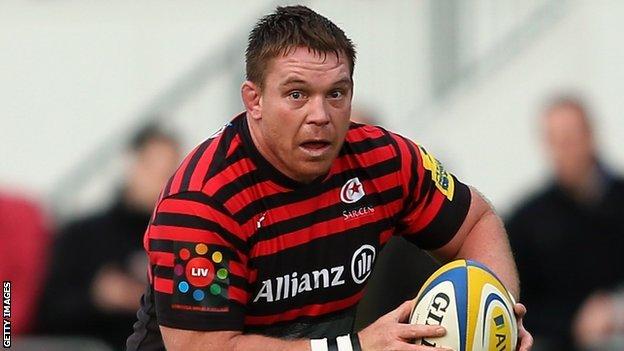 Saracens hooker John Smit will leave to become chief executive at his former club Sharks in the summer, according to the South African side.

Smit, the highest capped Springbok of all time, is out of contract at Saracens at the end of the season.

"John Smit's appointment marks the dawn of a new and exciting era at the Sharks," said chairman Stephen Saad.

"We look forward to welcoming the favourite son of South African rugby to his new role as CEO.

"We pledge our support and commitment to him and have every confidence that he will embrace his new role, with the same leadership, spirit and vigour that he displayed as the most capped Springbok captain and player of all time."

Smit led the Springboks to World Cup glory in 2007 and retired from international rugby in 2011 with 111 caps, 83 of which were as skipper.

And after two years and 26 Premiership appearances for Saracens, he will return to his former club to replace current chief executive Brian van Zyl, who will mentor the forward until 28 February.