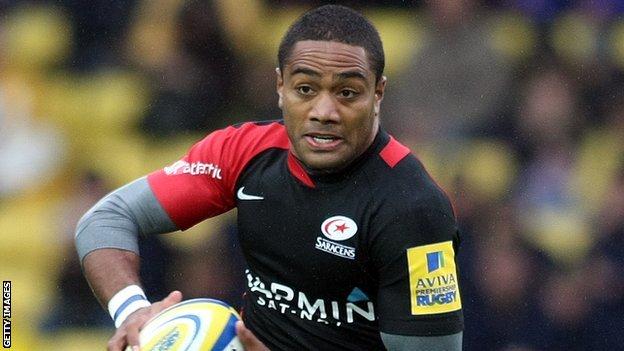 Fiji international Michael Tagicakibau will rejoin Saracens in the summer - a year after leaving for Bristol.

Tagicakibau scored two tries in 12 appearances during an injury-hampered season in the Championship.

He returns to the Premiership with the club he played 33 games for in three years, crossing the line four times.

"I've really enjoyed the year in Bristol, but I am excited to be returning to Saracens," said the 27-year-old winger.

Saracens director of rugby Mark McCall said: "We know Michael very well, and Michael knows us very well, and we're all convinced he has a great deal to offer."