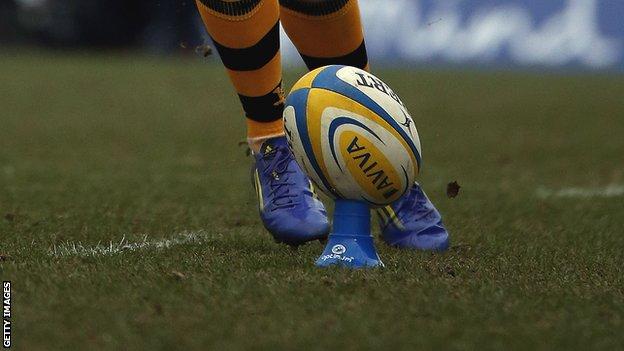 Fylde head coach Mark Nelson wants clarification from the the Rugby Football Union regarding the wearing of boots with bladed soles.

It follows a game at Loughborough Students on Saturday, which saw Fylde centre Stephen Briers needing hospital treatment for a deep gash in his leg.

Nelson told BBC Radio Lancashire that it was an accidental clash but fears a similar incident could happen again.

"Say that caught his neck - it doesn't bear thinking about," he said.

"What makes it worse is that there was absolutely no intent from the opposition player - it was a complete accident. People will ask why that's worse, but it was random.

"If he'd deliberately meant to do it, that's cause and effect. If it's a fluke once, it could be a fluke again.

"I think the nature of the design of those 'blades' is particularly susceptible to causing that injury. We had another player - Scott Barrow - who had a similar cut in the same place playing for England Counties.

"I can mention it to people at the RFU and see what they come back with. I don't want to have a crusade against 'blades' because you can't prove anything one way or the other. I just think it's worth highlighting."