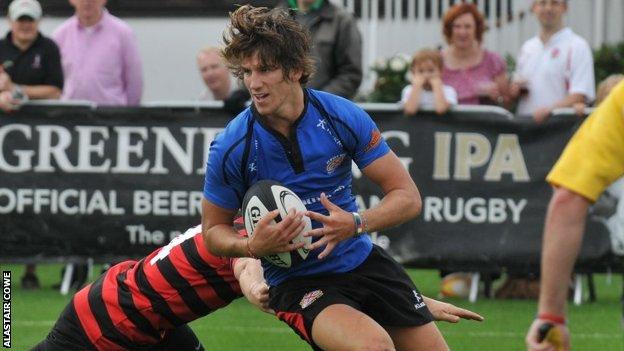 The 22-year-old, who was is out of contract this summer and has impressed in his first Championship season.

"He's a young guy and he's been here five years and it's a long time to stay at one club," Dempsey told BBC Jersey.

"There is a contract on the table for him and we don't want him to go."

Jersey will play in English rugby's second tier for another season after relegation rivals Doncaster failed to win at Bedford, meaning they can no longer catch the second-from-bottom islanders.

"Mikey's not going unless he chooses to go, we don't want him to go," Dempsey said.

"But if he chooses to go then you have to say 'this is part of what we set out to do'.

"He puts in a lot of work and is possibly the most recognised player on the pitch.

"But if he wants to further his career, and he feels he's got to go away to do that, we'd be very sad to see him to go, but if he did go we'd be welcome him back at any time."