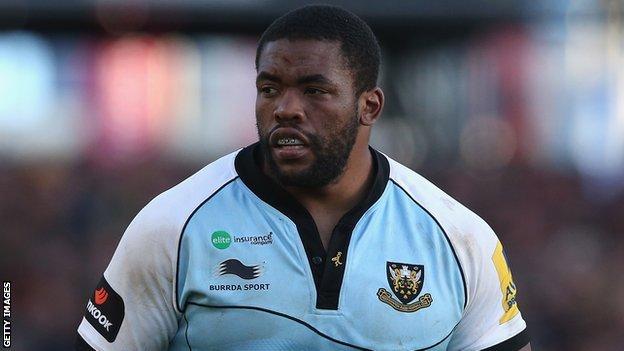 Northampton Saints forward Brian Mujati is braced for an emotional goodbye in his last game at Franklin's Gardens.

and will step out in a Saints home game for the final time in Saturday's Premiership clash against Sale.

"It's going to be special. I've been here a while and I've played a fair amount of games for this club.

"Hopefully it won't be too emotional," he told BBC Radio Northampton.

In his four years with Saints, Mujati has become a cult figure among fans, who refer to him as "Mooj".

The prop has amassed 106 appearances for Jim Mallinder's side, but has decided to take on a new challenge in Paris in the summer.

"It was probably a bigger decision than coming to England in the first place," he said.

"There's the aspect of learning a new language, I have three young children - so there's a lot more to consider in terms of moving to France.

"People have been very kind and welcoming to me here. I will be sad to leave. It's been a special time in my career."