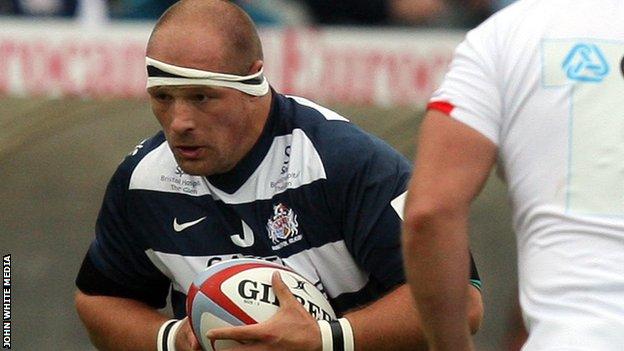 Bristol have announced 11 players will not be offered new contracts.

Tom Channon has agreed a move to Cornish Pirates, Mike Tagicakibau will rejoin Saracens, while Jon Goodridge and Jack Gadd are retiring.

Holley, who has been named first-team coach, has international experience as Wales assistant boss and has also spent time at Scarlets and Gloucester.

The 42-year-old's most successful spell came at Ospreys, where he spent nine years and led them to three Magners League titles.

Holley arrives alongside former Bath youth coach John Harrison, who has been appointed the team manager.

Long-serving prop Thompson, 29, leaves the Memorial Stadium having made 151 appearances for the club.

Former Gloucester and Leeds full-back Goodridge, 32, has decided to retire after 12 years in the professional game, while Bristol academy product Gadd, 21, has been forced to quit because of an on-going hip injury.