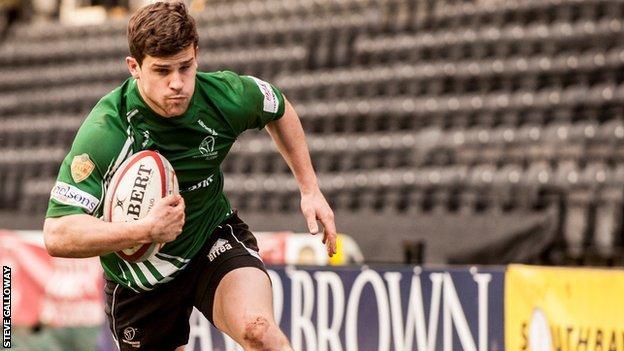 Nottingham centre Tim Streather has signed a deal to play for Premiership side Saracens next season and long-serving hooker Joe Duffey is returning to his native New Zealand.

He said: "I've thoroughly enjoyed my four seasons here. The club gave me the chance and showed faith in me to play week in, week out."

Duffey, 30, has played more than 200 games in three spells with Nottingham.

But he is returning to his homeland with his young family at the end of the season.

Saracens director of rugby Mark McCall said of Streather's arrival: "We have been watching Tim for some time and he has proved himself one of the most impressive centres in the Championship.

"We're delighted he's chosen to advance his career at Saracens."

Nottingham will also be without the services of forwards Matt Parr and Nic Rouse next season.

The duo have signed two-year contracts with London Irish.