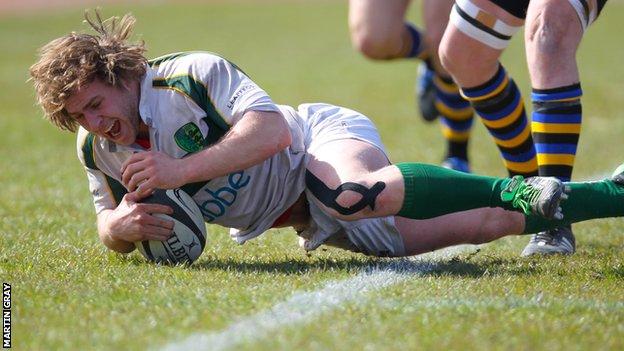 Guernsey are to lose six key players at the end of the season.

Former Bristol youngster Pool has only spent one season in the island.

"He's moving on to play at a higher grade, he was playing at higher level before he came here," head coach Jordan Reynolds told BBC South West Sport.

A number of Guernsey's other players are leaving the island to go travelling and Reynolds, who has seen his squad decimated by injuries at times this season, believes he will have to work hard to replace them.

"It gives us an opportunity to bring other guys in and start afresh and build some continuity up.

"I want us to be stronger not player-wise, but depth-wise," he said.

However, the club are not in a position to bring in players on a professional basis.

"When it comes down to paying players, we're not in that ball park. We don't have the financial backing to do that at the moment.

"We try to assist guys with flights and rent, but it when comes to paying players we don't have that funding.

"It's about getting what players we can who are interested in coming to Guernsey," Reynolds added.