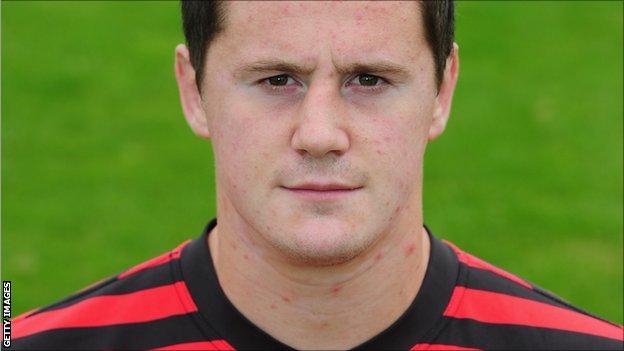 Newcastle Falcons have signed Saracens flanker Andy Saull on a two-year contract from next season.

"I am really looking forward to the challenge of playing for Newcastle Falcons," the 24-year-old said.

"I have heard nothing but good things about the place from Adam [Powell] and Noah [Cato]."

He added: "They told me how professional the set-up is up there under Dean Richards, and there are certainly big plans in place at the club to go all the way to the top.

"There will undoubtedly be competition for a place in the back-row, and I will be putting in the hard work week in and week out in order to establish myself in the starting 15."

Falcons director of rugby Dean Richards added: "Andy is a fantastic signing, who has the potential to achieve big things in the game.

"He has benefited from an excellent rugby education with Saracens, coming through their academy and going on to play alongside a string of world-class players.

"I am thrilled that we have secured Andy's services."

The England Saxons international has made seven Premiership appearances for Saracens this season, in a total of 121 club outings.

Newcastle were relegated from the Premiership last season and currently lead the Championship by 25 points.