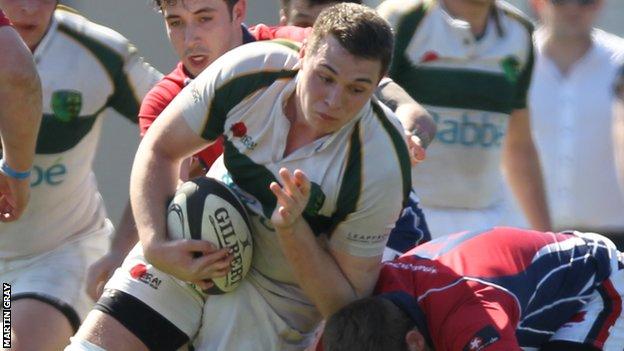 Guernsey ended their first season in National Three London in style as they crushed bottom side Staines 78-9 at Footes Lane.

Chris Wood, Jim Regnard, Nick Barton and Tom Pool all scored twice as Guernsey ran in 12 tries against a Staines side that have lost every game.

Guernsey finished the season in eighth place, having won 12 of their games.

"It was good to get a good win at the end of the season," captain Blair Campbell told BBC Guernsey.

"At the end of the day you still have to put the performances in on the pitch.

"We were focused on the game in hand, otherwise we could have potentially been embarrassed on our home ground."

Baron, Regnard, Pool, Jason Harvey and a pushover try from the Guernsey pack rounded off the win in the second half.

But Campbell says the club has been left thinking about what might have been as injuries robbed them of many of their best players for long periods of the season.

"We started the season off quite confidently - we thought we would be pushing for promotion," he said.

"I don't feel like we were over-confident at all, but the injuries have really taken their toll this season.

"It meant it was hard to get the momentum up and momentum's a massive part of the game.

"If you get a few wins together somehow wins just keep on coming.

"We're disappointed with our performance in the season, but hopefully next year we can give a better account of ourselves."