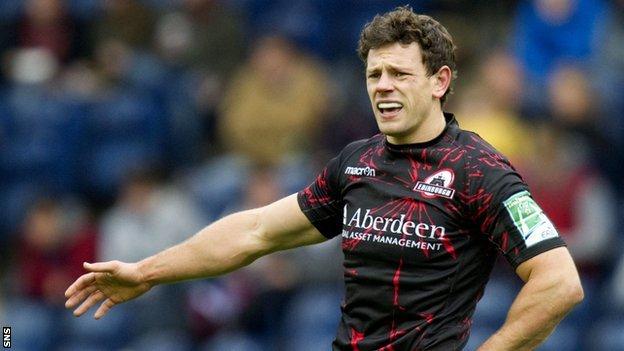 Treviso recovered from a ropey opening against Edinburgh to rack up a fifth consecutive Pro12 win.

The visitors opened up a 10-0 lead inside 13 minutes, with Scotland centre Matt Scott touching down.

And tries from Manoa Vosawai, Michele Rizzo and Simone Favaro keep the Italians in seventh place, despite two yellow cards in the closing stages.

Edinburgh, looking for a third win in four matches, started well at the Stadio di Monigo and captain Greig Laidlaw slotted over a third-minute penalty before then converting Scott's try 10 minutes later.

Di Bernardo put the Italian side's first points on the board with a penalty and the hosts received a further boost when Edinburgh full-back Tom Brown was shown a yellow card seven minutes before the interval.

The fly-half immediately reduced the arrears further with his second penalty, and then Treviso took the lead on the stroke of half-time when Manoa Vosawai crossed and di Bernardo added the extras.

And the Italian side never looked back, scoring 17 points without reply in the second half.

Prop Rizzo and flanker Favaro went over with di Bernardo converting both and also adding another penalty.

Even the loss of the sin-binned Edoardo Gori and Ignacio Fernandez-Rouyet did not seriously hinder Treviso in the closing stages.