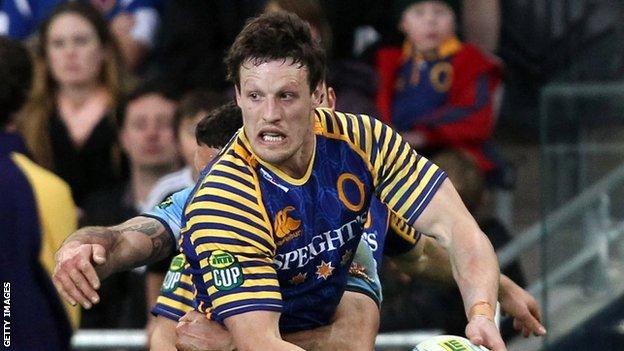 Back Dickson, 26, captained the New Zealand club to ITM Cup success last year and has been a proven kicker in his five years at the province.

"I'm well aware of Saints from my time at Glasgow and I'm looking forward to being a part of their squad," he said.

"They have a reputation for having one of the best packs in Europe and I'm sure I'm going to learn a lot.

"But they also like to play expansive rugby when they get a chance and have plenty of ambition."

Dickson, who can play at fly-half or centre, added: "I'm expecting the Premiership to be really tough and physical every single game.

"To try and get onto the pitch for Saints will be a challenge in itself, but I'm looking forward to it."