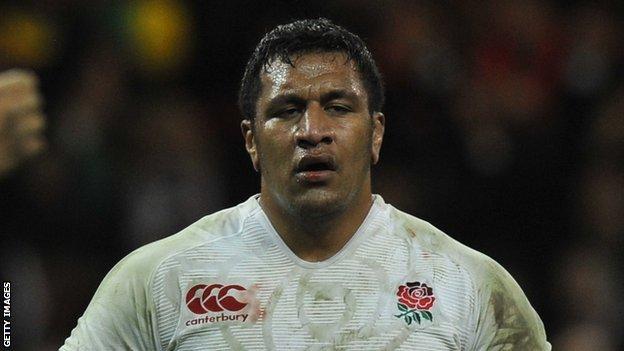 Mako Vunipola can offer the British and Irish Lions a unique option at loose-head prop, according to his Saracens boss Mark McCall.

Warren Gatland will decide the members of his Lions squad next week for June's tour of Australia.

"Mako is very, very special. Everybody knows he is special," said McCall.

"As a ball carrier, a decision maker, a defender and someone who can get over the ball, I haven't seen a loose-head prop like that before."

Vunipola, 22, had not made a Premiership start before the current campaign, but now has nine international caps after featuring in the autumn internationals and all of England's Six Nations fixtures.

The New Zealand-born forward has been central to Saracens' rise to the top of the Premiership, playing 15 times this term, and helped them secure this weekend's Heineken Cup semi-final tie against Toulon as the only English club to reach the last four.

"His scrummaging has improved hugely over the last 12 months. That was important," added McCall.

"Around the park is where he comes into his own.

"He's done well with England. He's a very young loose-head, but I think he can go to Australia and do a good job for the Lions.

"They've got some good choices there, but Mako gives them something different.

"If you want a sub to come off the bench when the game opens up a little bit, he would be your man."

But McCall does not expect the outcome of Sunday's Twickenham showdown against the French side to have any baring on Gatland's decision making.

"I'm sure Warren Gatland will be watching the games. But the selectors must have their minds pretty much made up," he said.

"I'm sure they're not going to judge it on just one game. But we'd like to think some of our players will go on the tour."