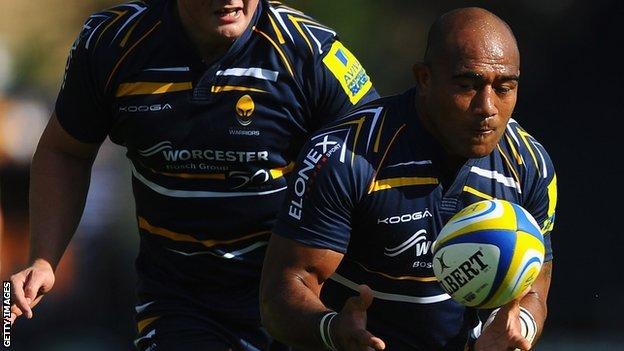 Lutui, 34, has played 168 matches for Worcester, scoring 23 tries, and has been capped 40 times for his country.

"He's a top international player with a wealth of experience and has been one the top performers in the Premiership," he said.

"He's a big, aggressive ball carrier in excellent condition and, being Tongan, he likes the physical side of the game, which will be a huge asset to the club for the coming seasons."

Dutch international Visser scored one try in his eight appearances after the 22-year-old joined his brother at Edinburgh, while 23-year-old Penn failed to make a competitive appearance after arriving from Worcester last summer.

Titterrell, the 32-year-old capped five times by England, joined Edinburgh on a one-year deal as cover for injured hooker Steve Lawrie, who has now recovered.

King, who has suffered a recurrent groin injury, is retiring from professional rugby.