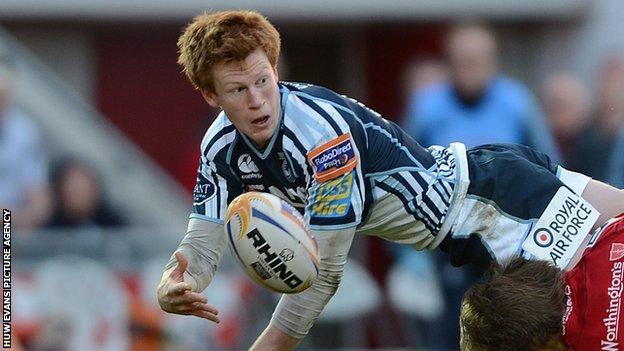 Rhys Patchell is set to finally make his Wales Under-20 debut after being picked in Danny Wilson's 28-man squad for the IRB Junior World Championships.

Blues prop Tom Davies also missed out injured but returns for the tournament in France which will be held 5-23 June.

Eight of the players featured in Wales' Junior World Championship campaign last season, which included a first win over New Zealand at that level and culminated in finishing third.

Wilson said: "A number of our players involved with their regions came back into our squad during the Six Nations and played their part in the tournament, training and playing with the rest of the group so we feel we are a more solid group this season.

"The players that are coming into the squad, Rhys Patchell and Thomas Davies, will add significant strength with Rhys having been a first-choice player with the Blues this season.

"It's an experienced group in terms of under-20 rugby and some players have had a significant amount of regional rugby too.

"So on paper it's a good squad, but it's going to need to be because we have a tough group with Samoa, Scotland and Argentina.

"Argentina won all their Pool games last year, beating France, Australia and Scotland and losing to eventual winners South Africa in the semis, and have just beaten South Africa 2-1 in a Test series.

"Samoa and Scotland will be very difficult matches too so we will have to hit form to compete with and beat all those sides in order to qualify for the semis.

"That will be our aim - to reach the semis again and anything can happen from that point."