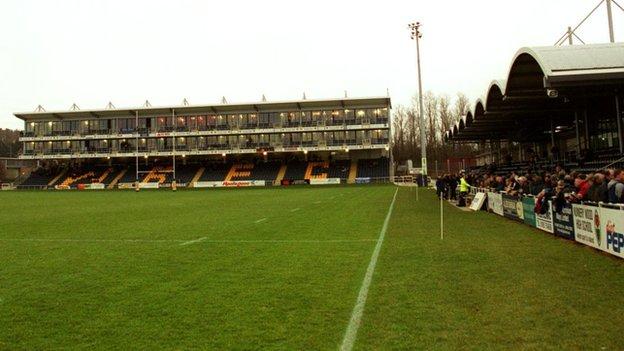 Worcester Warriors have announced the appointment of Charles Cameron as the club's new chief executive.

Cameron, who starts his new role on 13 May, has more than 20 years of experience in management and finance, most recently with Oasis Healthcare.

"As a local person and a keen supporter, I am delighted to have been given the opportunity," he said.

Warriors chairman Anthony Glossop said: "We are very pleased to have recruited Charles after a comprehensive search."

From my first visit as a parent at mini rugby to becoming a regular supporter of the Warriors, I have always appreciated the club's great strengths

Glossop added: "A club such as Worcester faces challenges creating a sustainable business model and a higher league position."

Cameron will effectively take over from Warriors managing director Charlie Little, who announced last week that he is to leave the club.

Little will officially quit Sixways at the end of April, making a second high-profile exit from the Premiership side inside a week, following last Tuesday's sacking of head coach Richard Hill.

Locally-based Cameron's first involvement at Sixways was in the club's junior section, as a parent.

"From my first visit as a parent at mini rugby to becoming a regular supporter of the Warriors, I have always appreciated the club's great strengths," he said.

"We have a fantastic and loyal fan base and great facilities and I look forward to working tirelessly with everyone to realise the club's full potential."