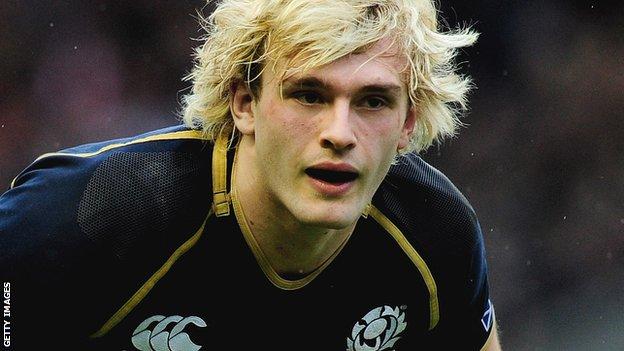 Scotland international forward Richie Gray will leave Sale at the end of the season after just one year with the Sharks to sign for French side Castres.

But they have added three new forwards, Michael Paterson, Kirill Kulemin and Charlie Walker-Blair, for next term.

The Sharks beat off huge competition to at the start of the campaign, but rumours of a summer departure have been circulating for several weeks.

Forwards and have already agreed moves away from the Salford City Stadium to Glasgow Warriors, Wasps and rugby league side Wigan.

However, director of rugby Steve Diamond believes 27-year-old Kiwi Paterson - who was named Cardiff's player of the year in 2012-13 - and Russia international Kulemin, 32, will be more than adequate replacements for Sale.

"Michael has been outstanding for Cardiff and has been one of their key players over the past few seasons," Diamond told the club website.

"Cardiff were very keen to retain him and he will be a really key addition to our pack next season.

"Though Michael has played at number eight predominantly this season for Cardiff, I see him more as a lock for us.

Diamond was also delighted to finally add 24-year-old Walker-Blair, who can also play on the wing, to the Sale squad having attempted to sign him whilst the player was with Exeter.

He added: "Charlie is someone that we have had our eyes on for quite a while now. He was out for a year with a knee injury but has totally recovered from that and has been playing really well with Jersey.

"He's a really talented number six and is a really big, imposing lad and he will also add a lot to our pack."