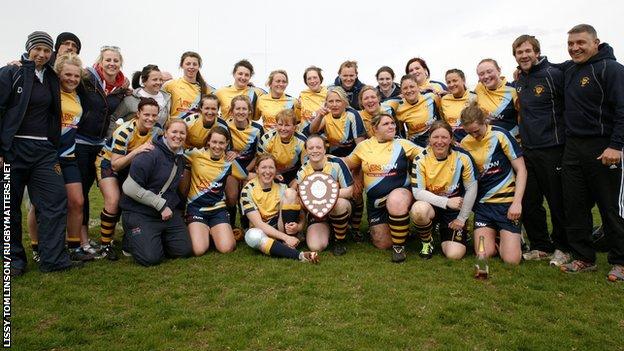 Worcester have been crowned Women's Premiership champions for the first time in their 20-year history.

Sunday's 48-8 win at Wasps brought them the bonus-point victory that they needed to deny chief rivals Richmond a fourth consecutive title.

Going into the final round of league fixtures, the Sixways ladies knew they had to score at least four tries to secure the extra point.

They in fact ran in seven, two of them by Megan Goddard.

Sarah Guest, Rochelle Clark, Charlotte Keane, Pippa Crews and Rhiannon Watkins were also on the scoresheet as Worcester recorded their 12th win of a season in which they have lost only twice.