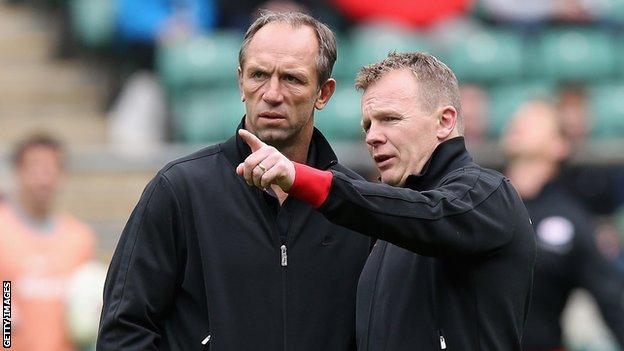 Sarries were something McCall believes they avoided this time around.

"We always talk about growth and progress," he told BBC Radio 5 live.

"When we look back at Clermont we were clearly second best and well beaten. It didn't feel that way at all this time."

In a game dominated by the boots of Toulon's ex-England fly-half Jonny Wilkinson and opposite number Owen Farrell, Saracens squandered two chances to cross the touchline with forward passes.

"It's a game we should have won," admitted McCall. "In games of this nature you get very few opportunities and they had none. You've got to take those chances and we didn't do that."

McCall was also frustrated with the performance of Irish referee Alain Rolland, suggesting more leniency should have been shown to the attacking sides.

"It would be interesting to see how many penalties were given away by the attacking team," he said. "It seemed to be an extraordinary amount."

"When you've got a referee who wants to penalise the attacking team you're going to get a game without tries. I'm sure that's frustrating for the neutrals who watched the match.

"I think if you want to progress the game you've got to reward the attacking team. If the defensive team do certain things well and win penalties then so be it.

"But the number of penalties against the attacking team seemed extraordinary."