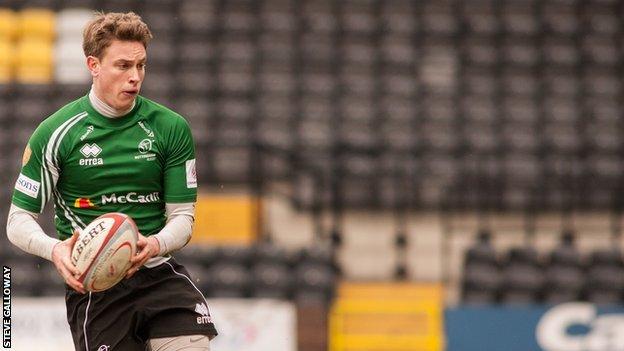 Versatile forward Dan Montagu, 29, is in his second spell after returning from a stint at Bristol and has played 109 games for the club.

The length of the contracts given to the players have not been revealed by the club.

Head coach Martin Haag, whose team face Bedford in Friday night's Championship play-off semi-final second leg at Meadow Lane, said: "I'm delighted. It is important for the continuity of the club and team.

"They have been integral to the success this season and are hungry for more."

Nottingham trail Bedford by nine points after the semi-final first leg, but Haag is confident they can overturn that deficit and reach the final.

Montagu said: "I've always enjoyed playing here, and I want stay on and help push this club forward. We have had a great season and it is not done yet.

"With Martin Haag coming on board for another two years it was an easy decision to make - he has come in and put this club in the right place and got us playing good rugby under his leadership."

Savage said: "I'm excited to stay on to work under Martin and [backs coach] Ben Johnston, who really emphasise playing a brand of rugby that I like and I want to be part of it.

"I'm happy with the season I've had from the very start, I've felt fitter, I've worked hard with fitness and conditioning coach Jo Brun and we are playing a system of rugby that suits me down to the ground."