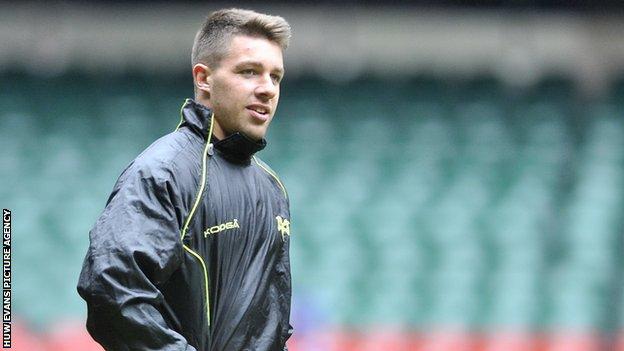 The Ospreys have confirmed scrum-half Rhys Webb has suffered cruciate knee ligament damage and will undergo surgery over the next few weeks.

The 24-year-old suffered the injury during his side's defeat at Leinster.

"The MRI scan report has confirmed what we suspected, which is that Rhys has sustained an injury to the anterior cruciate ligament," Ospreys head physio Chris Towers said

"He will undergo reconstructive surgery at a date to be confirmed over the next few weeks and is looking at a lengthy period of rehab after that."

Webb signed a new three-year contract extension with the Ospreys, for whom he made his senior debut in March 2008.

His injury is a big blow to the Ospreys, who will lose scrum-half Kahn Fotuali'I to Northampton Saints this summer although the Welsh region have signed Zebre's Tito Tebaldi on a two-year deal.