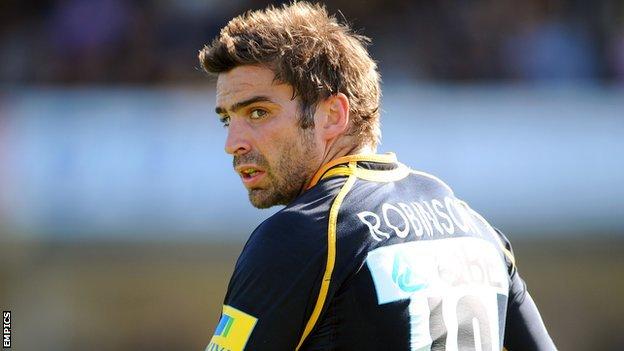 New signings Nicky Robinson and Errie Claassens are among seven Bristol players who have undergone operations during the close season.

Full-back Claassens is set to be out for eight months after knee surgery.

Fly-half Robinson had a pectoral muscle re-attached after suffering the injury playing for Wasps in April.

Otto, Grindal and Hobson are likely to be out for six to eights weeks and are set to miss the start of pre-season training.

Robinson, Pennycook and Johnston are expected to be out of action for three months.