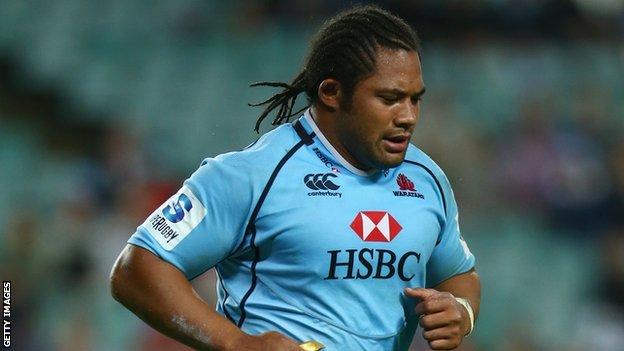 Australia hooker Tatafu Polota-Nau is set to miss the summer Test series against the British and Irish Lions after breaking an arm.

But coach Robbie Deans is hoping Brumbies flanker George Smith will be fit despite sustaining a knee injury.

Polota-Nau, 27, and 32-year-old Smith were injured in New South Wales Waratahs's 28-22 Super 15 victory over the Brumbies on Saturday.

Deans will name his preliminary 25-man squad for the Lions series on Sunday.

"Tatafu right from the outset didn't look good so he'll be devastated," Deans told Fox Sports after the match.

"It could be significant but let's hope not because he's very keen to participate."

"You don't get the sort of opportunity the Lions series presents very often and it looks like he'll be denied that now so that's very disappointing for him and for us."

Polota-Nau has played in seven of the last eight Wallabies Test matches and has been the starting hooker in his last 14 international appearances.

Smith won 110 Wallabies caps before retiring from international rugby in 2010 but was cleared for selection against the Lions on Friday after protracted negotiations with his Japanese club.

"It could be significant but let's hope not because he's very keen to participate," Deans said of Smith's injury.

"We only resolved his eligibility yesterday and he didn't look great when he left but if he's talking positively, that's a good start."

Brumbies coach Jake White later said doctors feared Smith had sustained a medial ligament injury, which would require surgery and rule him out of the Lions series.

Deans will add a further six players to his preliminary squad on 11 June. The Lions play the Barbarians in Hong Kong on 1 June and arrive in Australia the following day with the first Test in Brisbane on 22 June.