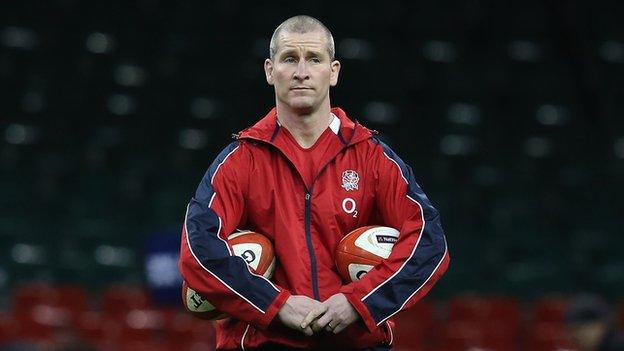 Both of England's Test matches against Argentina in June will be broadcast live on the BBC.

Stuart Lancaster's side will face the Pumas on Saturday, 8 June and Saturday, 15 June with both matches kicking off at 20:10 BST on BBC Two.

The first game will played in Salta, with the second in Buenos Aries.

Philip Bernie, BBC head of TV Sport said: 'We know that there is always a keen audience to watch England's rugby internationals, so we're delighted to be covering their two Tests in Argentina, who will provide a strong challenge.

"This adds to our considerable regular portfolio of international rugby live on BBC television."