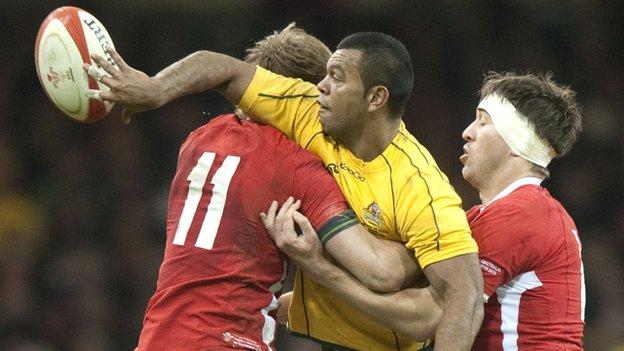 Wales have added a fourth game to their autumn schedule with a clash against Australia in Cardiff on Saturday, 30 November.

Games against had already been announced.

But the Welsh Rugby Union have now confirmed an extra fixture, which will see Wales facing the Wallabies for the sixth time since the 2011 World Cup.

Wales have lost seven successive games against the Wallabies since last beating them in 2008.

Warren Gatland will be back at the helm for the series, having missed the 2012 Six Nations and tour to Japan because of his duties as coach of the British and Irish Lions, currently on tour in Australia.

WRU chief executive Roger Lewis said: "Wales once again have the chance to test themselves against a selection of the very best sides in the world this autumn.

"I am delighted to have secured this extra fixture following a long period of negotiation in a very competitive global rugby market.

"Our international planning is now well in place until 2019 - Welsh rugby fans can be confident of seeing the best teams in the world regularly over the coming years."

Each of the November Tests will be televised by BBC Sport. Australia will also play England, Italy, Scotland and Ireland in November.