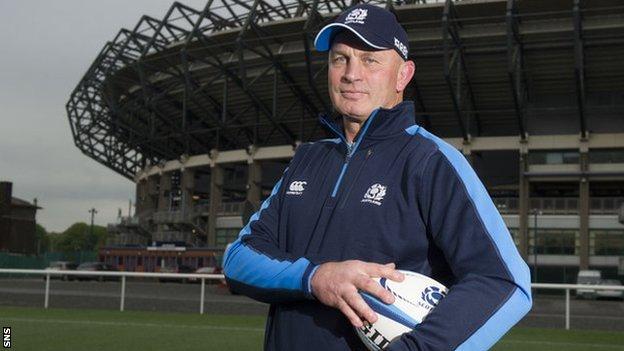 Clermont Auvergne say Vern Cotter will remain as head coach until the end of next season despite his agreement to join Scotland in June 2014.

The French Top 14 club held a special meeting to discuss the New Zealander's future after the Scots hinted they would like him to join them sooner.

But Clermont announced on their website that they would "maintain Vern Cotter in office for the season 2013-14".

The board of Clermont Auvergne held a meeting on Monday and in a statement said: "President Rene Fontes, his successor, Eric Cromieres, and board of directors have unanimously approved the proposal of Jean-Marc Lhermet, athletic director and vice-president, to maintain Vern Cotter in office for the sports season 2013-14.

"In this context, the ambitions of the club to do better than the previous season remain unchanged."

That echoes Cotter's statement after his side had lost in the semi-finals of the domestic league play-offs.

He said he wanted to leave the club after having another attempt to win the Heineken Cup, Clermont having a week earlier also lost in the final of European club rugby's major tournament.

Scottish Rugby announced immediately after Cotter's statement that he had been chosen to be their head coach from June 2014.

Chief executive Mark Dodson said he was willing to wait until then to secure "the best man for the job".

However, that arrangement was put in doubt after Fontes told his club website that Cotter had offered his resignation.

This was while the SRU received some for not securing his services earlier.

The national parent body insists that it was not a case of it failing to agree a compensation fee with the French Top 14 club.

Unless Cotter is released from his Clermont contract, , who is taking up the role as Scotland's director of rugby, will continue as interim head coach.