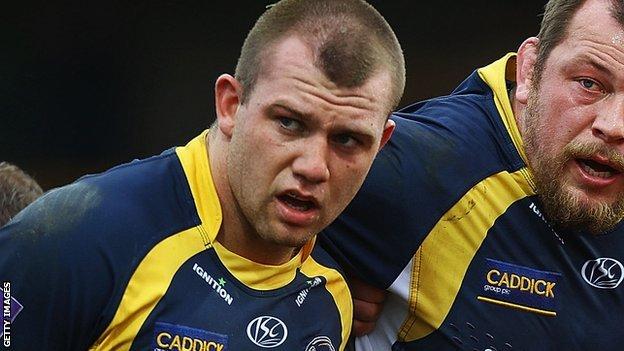 The 22-year-old has previous Premiership experience, having made seven appearances for Leeds during the 2010-11 season.

He joined Rotherham last summer and featured 18 times for the Titans.

"It's a great opportunity and I'm glad to get back into a professional environment at a club like Northampton," he said.

"I'm going to get my head down and work hard. The Championship is a tough league and my game has come along a lot just by playing, but the Premiership is another step up altogether and I've got a lot to learn.

"You look at how the likes of Brian Mujati and Tom Mercey have developed over the past few years, and I hope to follow in their footsteps, learning from the coaches and other players at Franklin's Gardens."

Saints' director of rugby Jim Mallinder added: "We believe that Gareth is ready to make the step up to Aviva Premiership level, and that he has the ability to be successful here over the next few years."