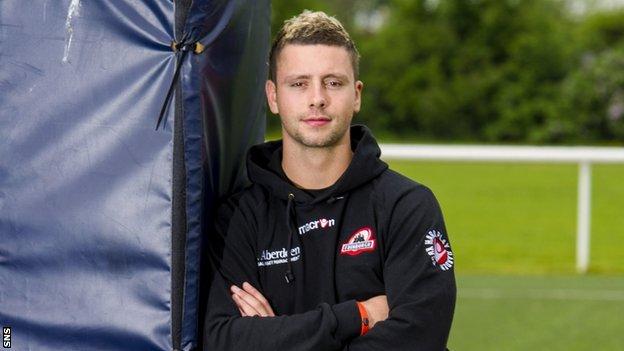 Scotland A scrum-half Sean Kennedy has won his first senior professional contract, being handed a two-year contract by Edinburgh.

The 22-year-old has already made three appearances for the side but was drafted to Glasgow Warriors as injury cover for their Pro12 rivals.

"We now have fierce competition in a crucial position," he said.

"Such strength in depth is key to any squad's success and I'm sure it will become an intriguing part of the club's future campaigns," he said.

"Sean's a product of Alloa, Stirling County and the elite development programme and, having honed his skills on the international sevens circuit, has shone on the senior stage."

Kennedy was delighted and said: "I was surprised to be named in the Scotland training squad, but, at the same time, I didn't think it was out of my reach and never felt out of place.

"To train with the squad and start for Scotland A was incredible."