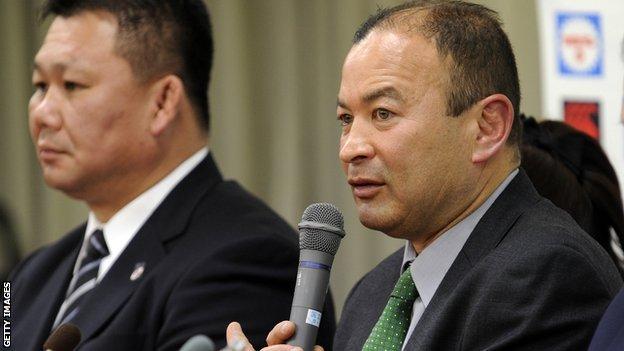 Lions coach Warren down under.

"I don't think it's a great advertisement for Australian rugby," said Jones,

"The Lions tours come around every 12 years [for the hosts] and I think the Force had a job to put their best team on the field and really give the Lions a red-hot go.

"Certainly back in 2001 there was a very united Australian approach to beating the Lions.

"Everyone was working together, the teams together, the media together and maybe that's not the case in Australia at the moment."

Jones took charge of the Australian A victory over the Lions in 2001 before playing an assistant's role in the home side's Test series defeat of Graham Henry's Lions.

And he feels successor Robbie Deans's decision to gather the majority of his squad together and deny all-but six potential Lions opponents the chance to face the tourists for their Super 15 teams is also questionable.

Queensland Reds have named Wallaby hopeful in Brisbane on Saturday, one of four more fixtures before the first Test on 22 June.

But Cooper has been omitted from Deans's provisional squad, giving the fly-half his chance to stake a claim to face the Lions in the three-Test series.

The Reds v Lions match at Suncorp Stadium is seen as Cooper's last chance to win one of six additional places in the Wallabies squad, to be confirmed on 11 June.

However, the core of the Wallabies squad has already been named and removed from Super 15 duty.

"That's the approach Robbie's taken but it seems to be a long time just to be training," said Jones.

"Players like to play games and certainly you want a preparation of seven to 10 days, but three weeks seems a long time.

"You can learn a lot in those lead-up games to the first Test and the Lions are going to be getting a lot of confidence from beating the Force. "

"You don't like to see your side beaten by 60-odd points - that's a real thrashing," he added.

"Hopefully I think the Reds at the weekend will put in a much better performance.

"Maybe Warren [Gatland] won't be saying the same after the game."

in the tour's first Test in Osaka on Saturday.