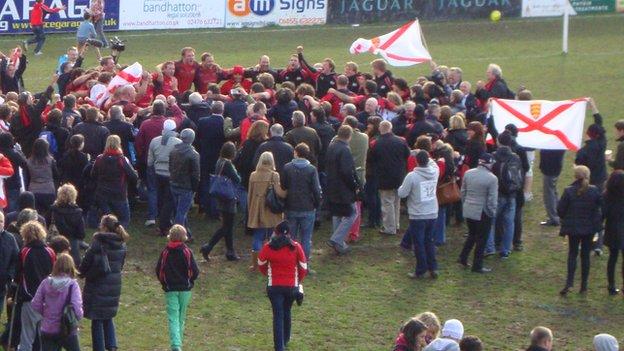 Jersey will play National One side Coventry in a pre-season game at St Peter on Saturday 31 August.

It is the second pre-season fixture announced by the island side.

Jersey, who finished second from bottom in the Championship last season,

The island side last played Coventry in April 2012, with their

"They are shaping up to be one of the leading contenders in National One this season and will be after the scalp of a Championship club.

"Many of our players and supporters have happy memories of the day we won promotion at Coventry, but equally there'll be plenty of people at Coventry who will be keen to take us down a peg or two so it should be a really good contest."