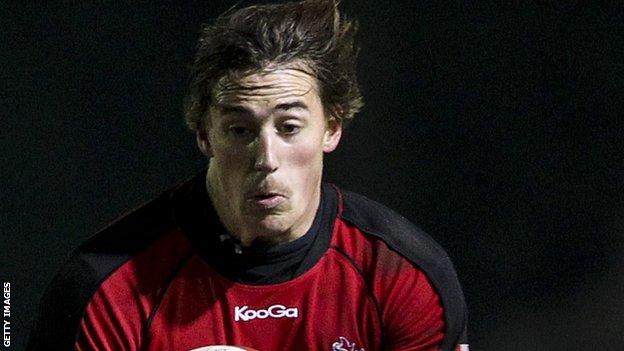 Canada international wing Jeff Hassler has signed for the Ospreys ahead of the 2013-14 season.

The 21-year old has won four caps and is currently with the Canada squad competing in the Pacific Nations Cup.

"I'm really grateful to the Ospreys for offering me this chance, " Hassler said.

"This is a fantastic opportunity for me to play for the Ospreys, a great team that is consistently up there at the top of the Pro12.

"To be a part of a squad that includes so many top Welsh players, Grand Slam winners and British Lions is a really exciting prospect."

Hassler will join up with his new team-mates ahead of the new season with Italy scrum-half Tito Tebaldi joining from Zebre on a two-year deal.