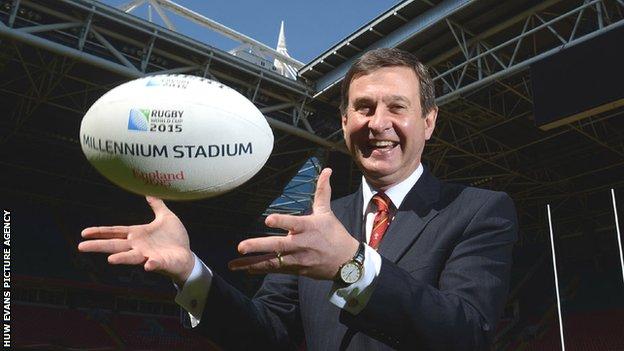 The Welsh Rugby Union will bid to stage the Heineken Cup final at Cardiff's Millennium Stadium in 2014.

WRU chief executive Roger Lewis confirmed the bid after the French Rugby Federation withdrew from staging the final in Paris.

"I have formally contacted ERC [to say] that the Welsh Rugby Union wish to bid for a European Cup final next year," Lewis told BBC Sport Wales.

Cardiff has staged the final on six previous occasions.

The bid would also include staging the final of the second-tier Amlin Cup at the Cardiff City Stadium.

"We have a great history of European Cup finals within our capital city," added Lewis.

"We've held six so far, more than any other capital across Europe, and I'll be working with the Welsh Government with Cardiff City council to ensure we put forward the best bid possible to bring the European Cup to Wales next year."

The French decision to withdraw from staging both finals in 2014 is the result of uncertainty over the availability of Stade de France.