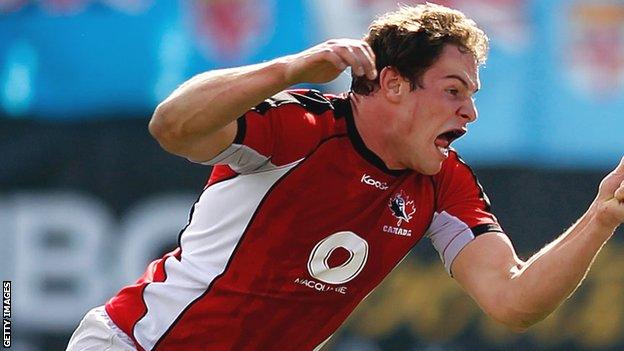 Ardron made his international debut against the USA in June 2012.

"To be joining a team which has won the PRO12 four times and is providing so many players to Wales and the Lions is incredible," he said.

"The Ospreys are a club with a first class reputation and this is a great opportunity for me to go into an environment that is recognised as one of the best in world rugby.

"The prospect of being an Osprey myself and joining up with the squad for pre-season is an exciting one that I'm really looking forward to."

Andy Lloyd, Rugby Operations Manager at the Ospreys, added: "Tyler is an outstanding athlete with a real physical presence, combined with an excellent game awareness, and he will provide genuine competition to the players already here."