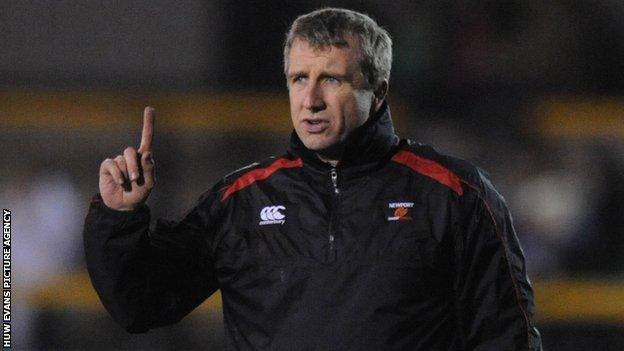 on Friday, having already been linked with the Dragons, where he worked briefly as attack coach in 2008-09.

Dragons chairman Martyn Hazell said: "This is a crucial appointment for the Dragons.

"Last season was a difficult one for us at the region, but having brought our finances under control, we are looking to build our team for the future.

"With some key signings made during the off-season, we are confident that Lyn has the experience and expertise to support our coaching team and ensure that we get the very best out of our group of young, talented players."

Jones guided Welsh to the Premiership in 2011-12 but they were relegated in last month after only one season.

Jones was capped five times at open-side flanker by Wales and at club level played for Neath, Llanelli and Treorchy.

He went on to coach Neath and then the Ospreys, leaving the Swansea-based region in 2008.

However, they were initially refused admission to the Aviva Premiership after concerns about their home ground, having decided to move from their home at Old Deer Park in Richmond to Oxford United's Kassam Stadium.

The club were allowed to join the top flight

Welsh's survival chances were not helped by being docked five points and fined £15,000 after former team manager Mike Scott