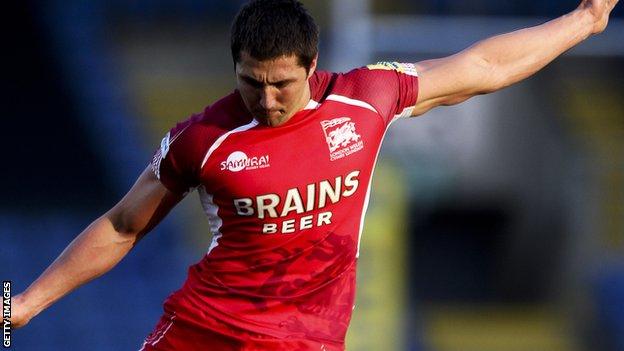 The club say the former Ospreys, Cardiff Blues and London Welsh playmaker has been signed to cover fly-half, centre and full-back.

Confirmation of the 31-year-old's move to The Rec follows long-running talks between the club and the Welshman.

Bath head coach Gary Gold said: "Gavin is still a very ambitious man and the prospect of him playing at The Rec is an exciting one."

He added: "We know Gavin's qualities and have seen him work extremely hard for his team and perform at a consistently high level last season."

Capped 33 times by Wales, Henson came to prominence at the Ospreys before having briefer, less successful stints at Saracens, Toulon and Blues.

He was reunited with Lyn Jones, his mentor from his time at Ospreys, last summer when he moved to London Welsh. However, he played just 11 times for the Exiles because of injury.

Henson said: "I am thrilled to be joining Bath this summer and I look forward to becoming part of what looks a very exciting squad.

"I still very much want to be playing at the highest level, and Bath is a big club with big plans.

"I know what is expected of me and I can't wait to get started."

The Bridgend-born player's public profile has been enhanced by his involvement in reality television shows 71 Degrees North, Strictly Come Dancing and The Bachelor, and he has also made headlines for misdemeanours away from the game.