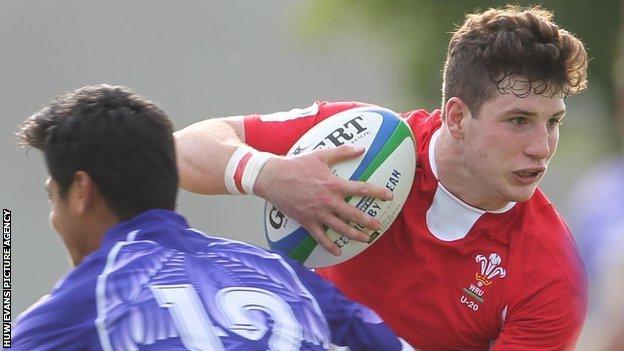 Wilson said: "Argentina beat South Africa twice before coming to France, so although we respect all our opponents, we have nothing to fear."

The Baby' Boks are the reigning champions, having beaten New Zealand in the 2012 final.

Pool B winners New Zealand face the tournament's best-placed runners-up England on Tuesday in their semi-final.

Wilson is confident that if the knocks sustained in their pool games ease, Wales can progress to the final on Sunday, 23 June, also in Vannes.

"The boys showed a huge amount of character to come through against Argentina in the end," said Wilson.

"We played some good rugby in the first half, but our performance level dropped off slightly in the second half and Argentina came back hard.

"It was brutal, as we expected, and we have a lot of bumps and bruises to nurse before Tuesday's game.

"But we defended well and we are now in a good position to kick on.

"South Africa are world champions, they are a very good side.

"But we are confident that if everyone can recover in time to be available for Tuesday's semi, we can compete with the best in the world."

Wilson also recalled Wales' effort in a historic 2012 pool win over New Zealand to underline his belief in his players.

"We showed that last year by beating New Zealand, and we have showed already in this tournament that we are able to mix up our game plan depending on the opposition," he said.

In 2012 victory over New Zealand helped pave the way for a semi-final appearance in which they beat Argentina 25-17 to end third.