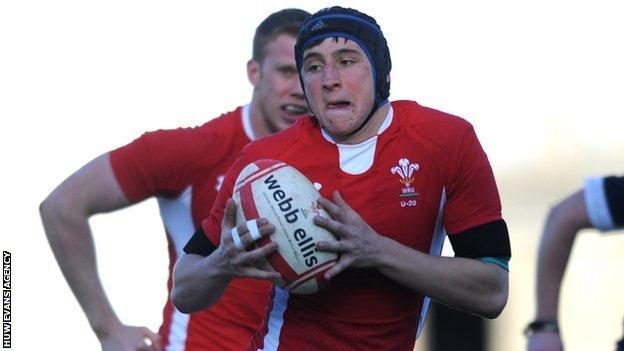 Wales Under-20 fly-half Sam Davies has won International Rugby Board Junior Player of the Year award.

Osprey Davies and his team-mates in the final at Vannes, France on Sunday.

But he saw off the challenge of England U20 number eight and Jack Clifford, of Harlequins, and New Zealand flanker and captain Ardie Savea.

Gavin Henson was the last and only Welshman to win the award, in the guise of Young Player of the Year in 2001.

Davies is the son of former Wales centre and captain Nigel Davies, the ex-Llanelli player and Scarlets coach who is now in charge at Gloucester.

He was "gutted" by losing in the final to England, but he told the Welsh Rugby Union website: "It's an honour to receive this award.

"To see the people who have been awarded it before me makes it really special.

"I don't want to get too ahead of myself and I just want to get back into pre-season now and get on with that."