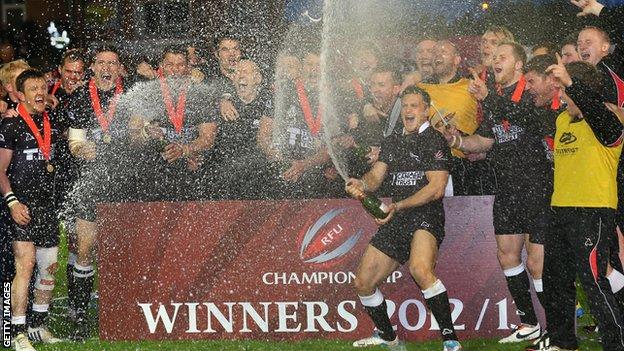 Newly promoted Newcastle Falcons will host Bath at Kingston Park in the opening game of the 2013-14 Premiership season on Friday 6 September.

Saints are set to meet fellow 2012-13 finalists Leicester at Welford Road on Saturday, 5 October - a clash Tigers boss Richard Cockerill will miss through suspension after being banned for nine games over his conduct towards the fourth official during the end-of-season Twickenham showpiece.

Other notable fixtures see Gloucester head to the Rec to take on Bath in the first west country derby of the season on Friday, 25 October, while last season's table-toppers Saracens host champions Leicester over the weekend of 20/21/22 December.

On top of the London Double Header, there will be two other regular season fixtures at Twickenham, with Harlequins facing Exeter Chiefs on 28 December and Wasps entertaining Gloucester on 19 April.

Meanwhile, Wembley will be the venue when Saracens take on Harlequins on 22 March.

The final round of regular season fixtures is scheduled for Saturday, 10 May.