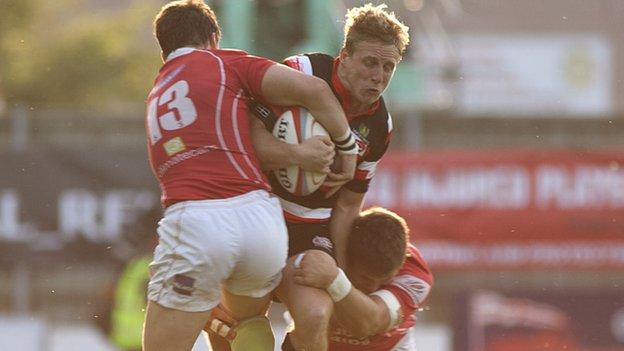 Jersey have signed former Exeter Chiefs centre Drew Locke after he was released by Premiership side Gloucester.

The 26-year-old made just having

Locke initially joined the Pirates in 2010 on dual-registration with Exeter Chiefs, before signing a contract at the club in 2011.

The former England Student played in both the Pirates play-off finals against Worcester and London Welsh.