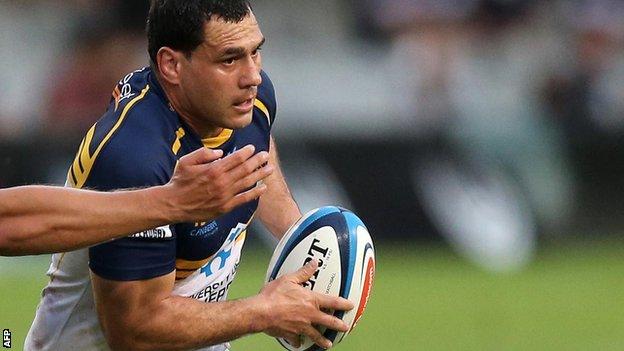 Veteran flanker George Smith has been recalled to the Australia side to face the British and Irish Lions in Saturday's series decider in Sydney.

Smith, 32, made his last Test appearance in 2009 and retired from international rugby the following year.

Michael Hooper, who started in the Wallabies' 16-15 win over the Lions last week, drops to the bench.

A win in the third Test for the Lions will see them clinch their first series victory since 1997.

Ben McCalman has been added to the bench while Liam Gill and Rob Horne miss out altogether.

Smith has been in good form for Brumbies and only a knee injury kept him out of the original Wallabies squad.

"To have achieved what George has throughout his career, and return to play at the highest level, after such a long break, is a testament to the quality of the man, both as a person, and as a player.

"The decision to go with George in no way reflects any dissatisfaction with the way either Michael or Liam have played, but it has been a tough series - the first two games have been rugged, especially at the breakdown, and we feel that the combination of experience and fresh legs that George brings is the right way to go for this week."

Smith has made 110 appearances for his country - only Nathan Sharpe and George Gregan have more caps - and has captained the side six times.