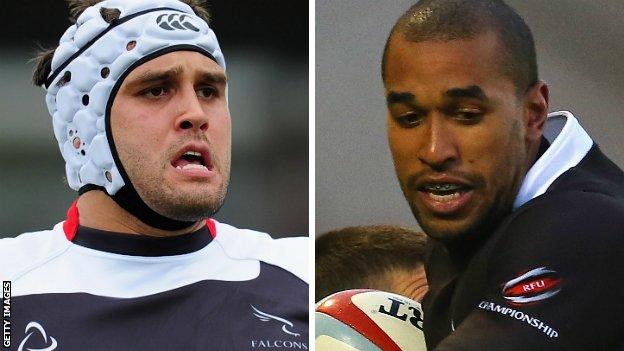 Cato, 25, joined Falcons in February from Northampton Saints and scored three tries as Dean Richards's side won promotion from the Championship.

Kiwi three-quarter Shortland, 27, joining the club from Otago in the summer of 2011.