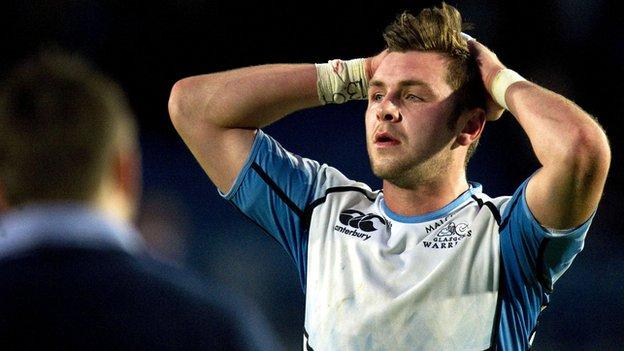 Glasgow Warriors and Scotland forward Ryan Wilson has been ruled out for six months due to a shoulder injury.

The 24-year-old was injured during last month and has undergone an operation in Edinburgh.

"I'm disappointed to miss the start of the season," Wilson told the Glasgow Warriors website.

"I'm looking forward to beginning a period of rehabilitation, in order to get back as quickly as possible."

Warriors head coach Gregor Townsend added: "This is a setback for Ryan after a very good season for club and country but we wish him all the best in his recovery.

"I'm expecting him to play an important role for us off the field in the early part of the season and we look forward to him playing even better when he's back fully fit."