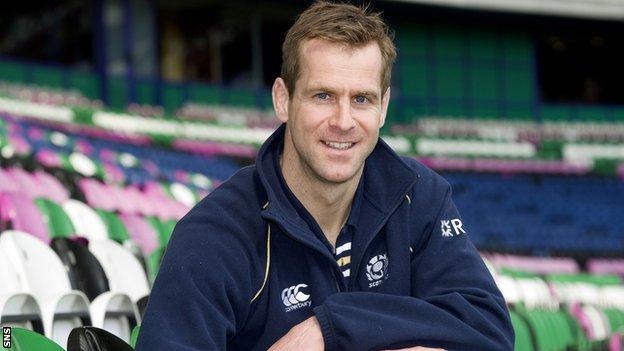 Scottish rugby legend Chris Paterson has insisted he has been encouraged by Scotland's summer tour of South Africa.

The Scots lost meekly to Samoa, before an improved performance in defeat to the hosts, before beating Italy.

"We were a wee bit inconsistent, but there's enough good points there to harness and take forward to next year's campaign," he told BBC Scotland.

"It was mixed. In many ways it's typical Scotland."

And the Borderer praised the young players who performed in what was an injury-ravaged tour.

"There was, I think, 10 or 11 new caps on that tour and that can only help Scottish rugby," he said.

"There's 11 new players aware of what it takes to be an international player.

"All done away from home as well, so, when these guys come back to Murrayfield for the November tests then hopefully we'll be an improved force.

Paterson was also confident that Scottish rugby as a whole was in a good position ready for the next Six Nations campaign.

"Glasgow had a fantastic season last year and they'll have the desire to do that again.

"Edinburgh underperformed last year so they're driver is to improve that