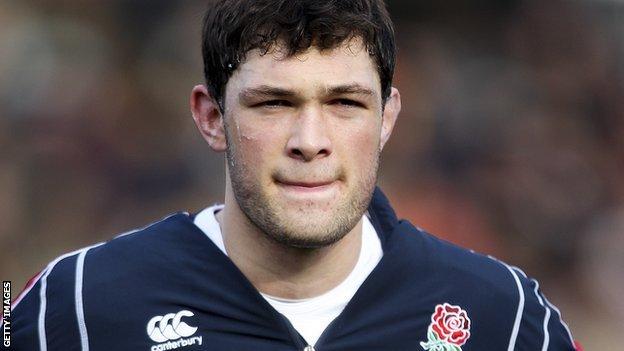 Newcastle Falcons have signed England Under-20 international Dominic Barrow from Leeds Carnegie on a two-year deal.

The 20-year-old lock made 13 appearances for the Headingley club last term, and won the IRB World Junior Championship earlier this summer.

Falcons have depth in the second-row, having also signed to add to Carlo Del Fava, Scott McLeod and Sean Tomes.

"I'm very much looking forward to the challenge," Barrow said.

Barrow is reunited with England team-mate Scott Wilson on Tyneside.

Director of rugby Dean Richards added: "Dominic is a fantastic signing for the club, and he has an exciting future ahead of him."