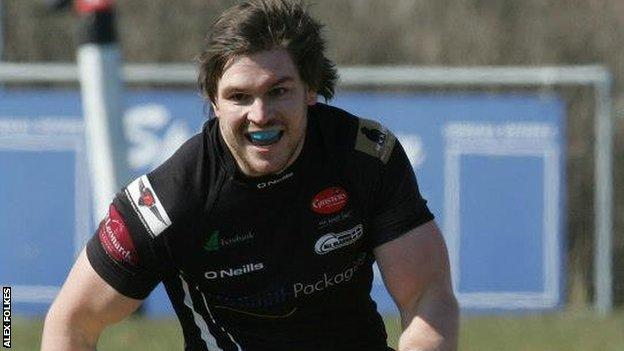 Launceston centre Nielson Webber has been told he will miss the start of the season after injuring his knee on England Counties duty.

Webber, who can also play at scrum-half, ruptured his posterior cruciate ligament against Belgium A in June.

"I have to see the specialist again but thankfully I won't need surgery," Webber told BBC South West Sport.

"It's really frustrating, not only did I miss the Belgium game, it now looks like I'll be out for three months."

He added, "It's a weird one because I'd never heard of this injury before and I'm told you don't even really need your PCL.

"Apparently it's quite a common injury in rugby league and they just let the ligament shrivel up and die."

The South African born 24-year-old, who at the beginning of last season, went on to and England Counties.

"I'm not in any pain with the injury and I'm trying to stay as involved as I can on training nights," he continued.

"I'm hoping to stay as fit as possible while I'm sidelined so I can get back playing at the earliest opportunity."